Ancasta sponsors the Champagne Race, held on the Wednesday of Falmouth Sailing Week. This standalone race is a coastal race for the larger keel boats in the Bay Fleet, with a long course between 20 and 30 miles, in the general area of Falmouth Bay, Gull Rock and the Manacles. The origins of this race go back to 1951, when the Attorney, General Sir Hartley Shawcross, challenged his sailing rival ‘Jack’ Silley to a private wager in their yachts. As part of the challenge, the loser was to give the winner a case of champagne. A few years later the then Commodore of the Royal Cornwall Yacht Club, Philip Fox, instigated the first official Champagne Race.

Hine-Downing Solicitors sponsor the Bay fleet. The Bay fleet is made up of four main classes of yacht: the IRC classes, the IF-boats, the Multihulls (essentially Firebirds), and a white-sail class. Some deft planning on the part of the Bay Race Officer ensures they all get suitable courses and great racing.

Mylor Yacht Harbour sponsors the Carrick Roads fleet. The Carrick Roads fleet is made up of a wide variety of classes, from the very recognizable Falmouth Working Boats, through a few one design classes, including the Flying Fifteens, the Gaffers, the Shrimpers, the Ajaxes and the Sunbeams, to more mixed classes like open- and cabin-boats and the dinghies.

With so many classes the Race Officer has to be very alert and flexible to ensure all goes smoothly.

Newcomers Mainbrace Rum (based in Helford Passage) are to sponsor The Carrick Rum Race on the Wednesday of FSW, and will be presenting prizes of their eponymous product. Like the Champagne Race in the Bay, this will be a stand out race, longer than usual, for a stand out tipple! Present plans are to end the race in the inner harbour, time, tide and Harbour Commissioners permitting. Pirate hats might be compulsory! Aaaar! 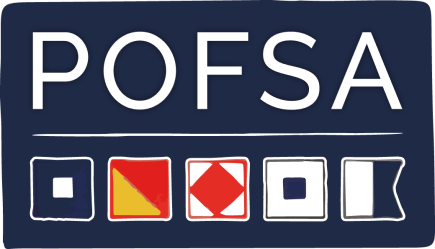