The reports in the Royal Cornwall Gazette of the first two regattas make interesting, if puzzling reading. Over 90 minutes to sail a mile and half suggests rather light winds, but at least by 10pm there would still be sufficient daylight. The first report suggests that there had not previously been a “regular” regatta in “The Brighton of Roseland”.

This pretty little quiet marine retreat enjoyed a rather lively evening last week in the shape of an amateur regatta. The start was made at 7.23 p.m. by four boats of about 18 feet keel, distance mile and half, the Minnie arriving at 9.0 p.m.; Edith 9.30; Jessie, 9.45; and Emily, 10.0. Then came a race between the two fine seine boats, Pet and Victoria, six oars each, distance mile and half. The Pet took nine minutes, and won a well contested race by only two boats’ lengths. All concluded comfortably and agreeably, from which there are hopes of a regular regatta.

On Saturday last our annual amateur regatta took place, under the management of Mr. Blakesley (president) and Capt. William Nicholls (secretary), kindly assisted by Mr. Lane, R.N., and Mr. Jenkins, chief boatman, to whose excellent arrangements the neighbour­hood, with pleasure, acknowledges its indebtedness. The weather was all that could be desired, and a good start was effected at 3.2 p.m. with the first-class sailing punts. Everything passed off most satisfactorily, and the day's sport was wound up with climbing a greased pole for a leg of mutton, running for prizes, and finally with fireworks, the whole making a grand holiday for our beautiful little village, “The Brighton of Roseland.” Some few remaining trifles were run for by the juveniles on the evening of the 20th.

Portscatho Regatta is a self-financing community event organised by the villagers of Portscatho and held annually since 1874. The event is free and all are welcome. As well as the sailing there is – live music, children’s entertainment and sports on the beach, sandcastle competition, kayak and swimming races, BBQ, refreshments, stalls and games.

In the era of social media, it may be easier to keep up with Portscatho Regatta through Facebook.

Portscatho Regatta sports a superb collection of regatta logos. Unlike most of the village regattas, who may have one logo which is used each year, Portscatho has, since 1998, produced a new logo almost every year. The annual logos are embroidered onto polo shirts and t-shirts which are sold to help cover the costs of running the regatta and also used to publicise the event. The 2020 logo is particularly witty, the 2014 logo commemorates the Falmouth to Greenwich Tall Ships regatta of that year while others represent a wide variety of the local classes of dinghies, windsurfers, yachts and working boats. 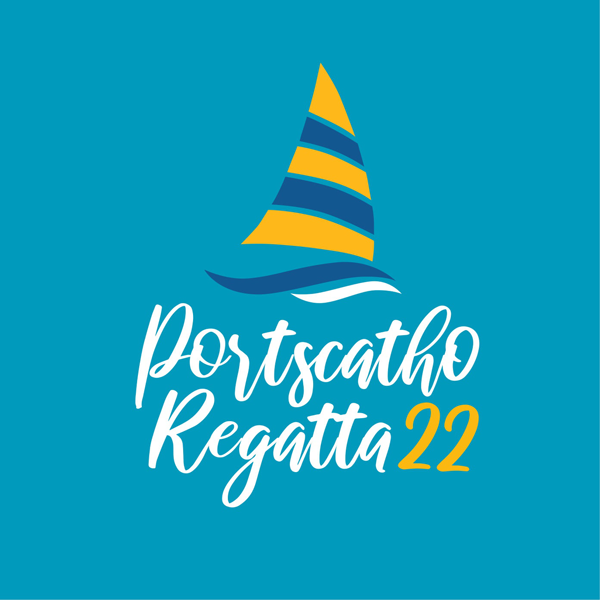 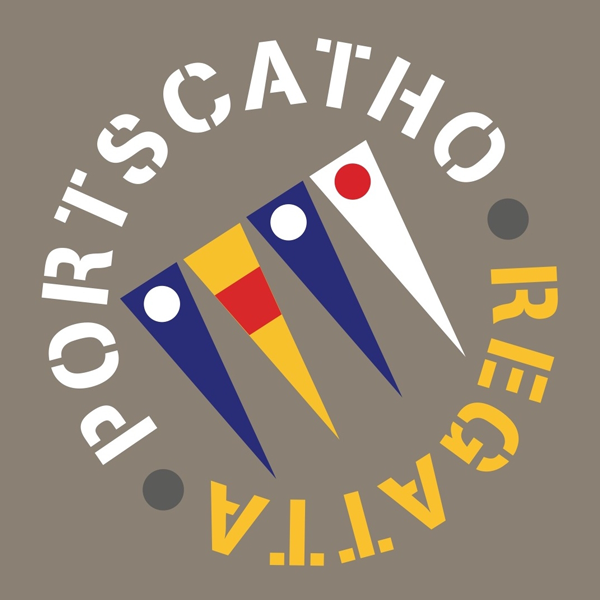 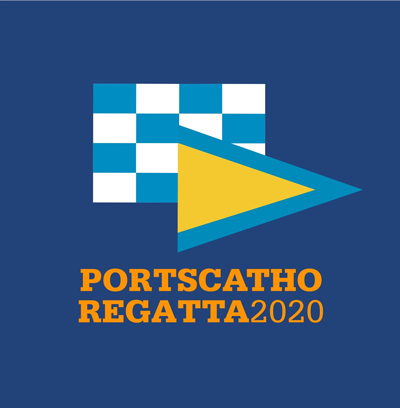 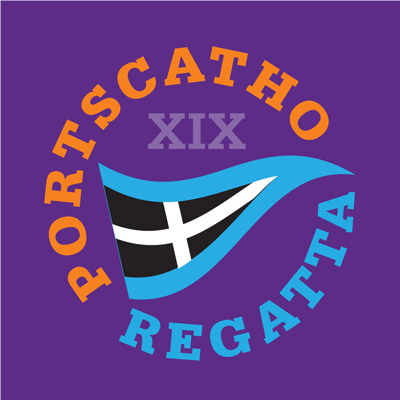 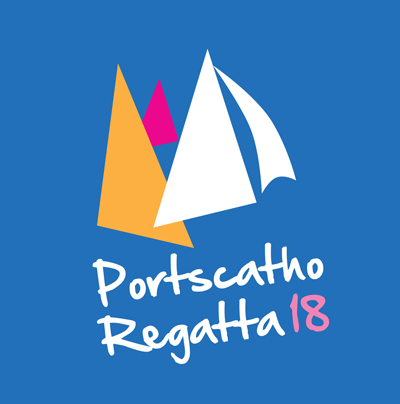 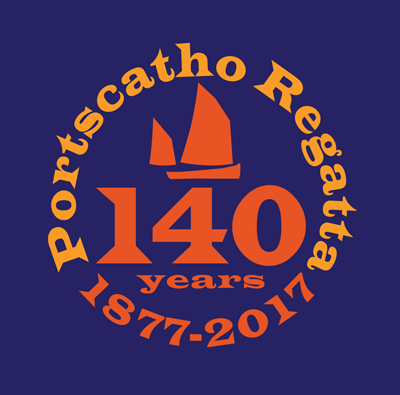 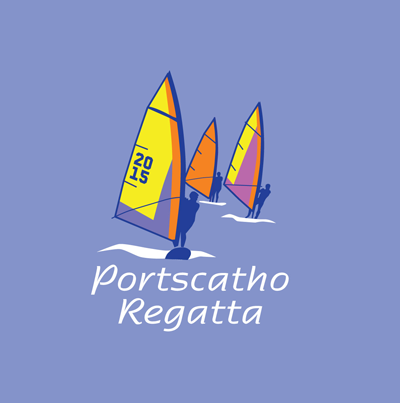 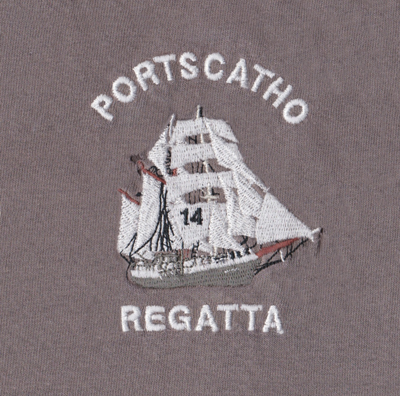 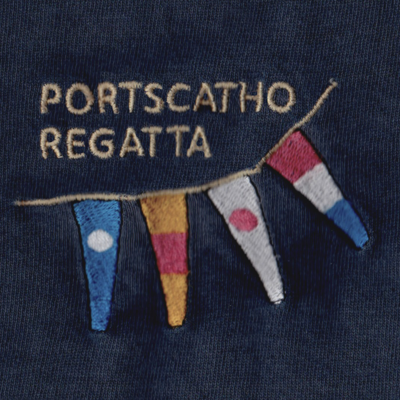 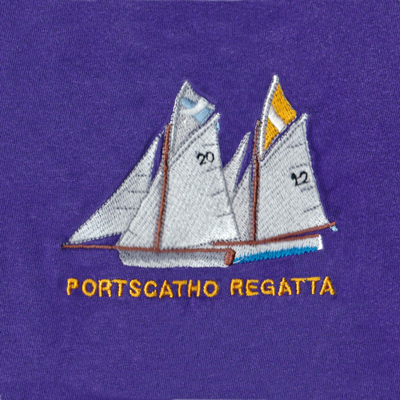 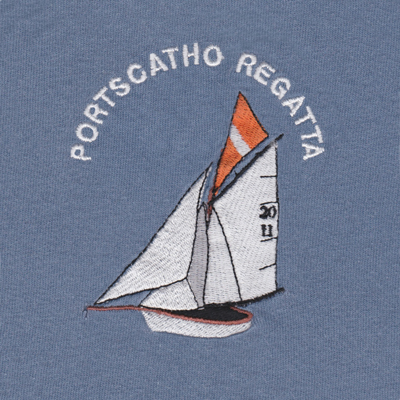 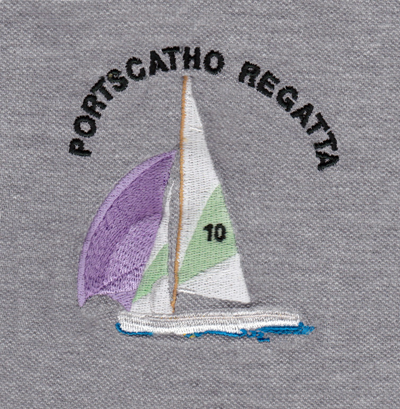 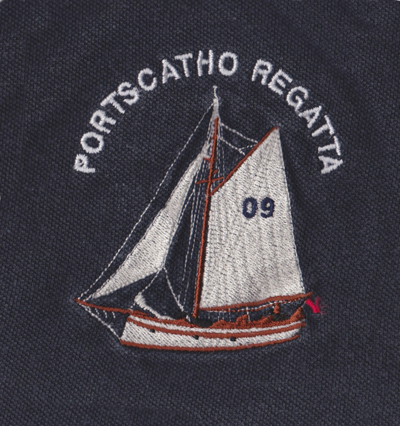 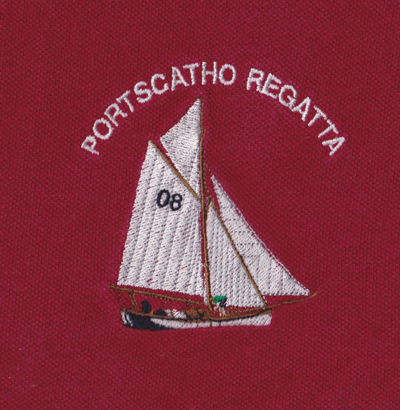 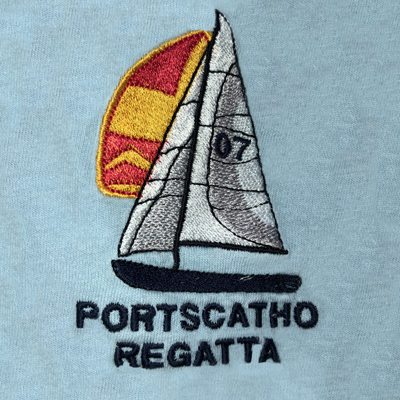 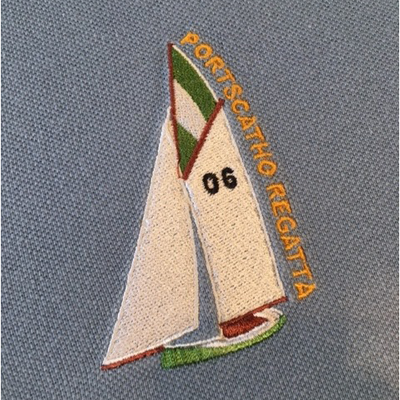 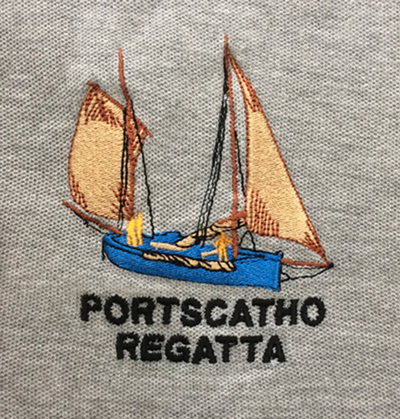 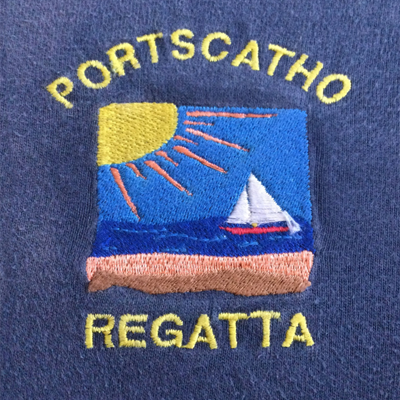 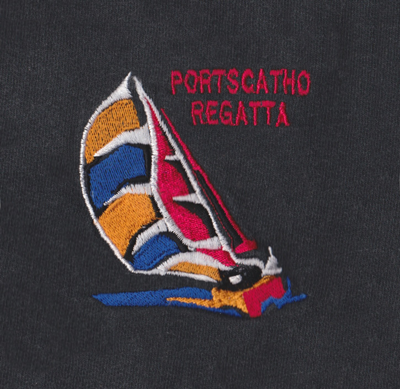 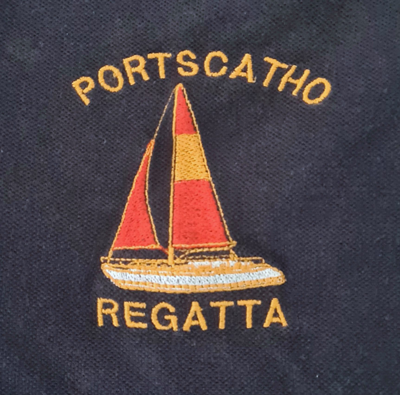 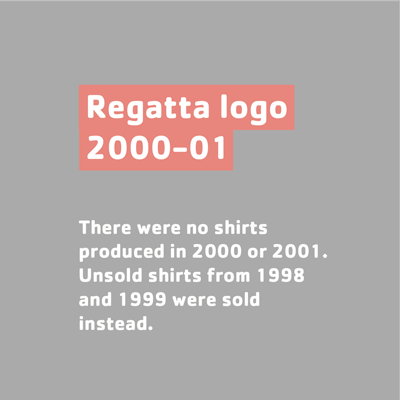 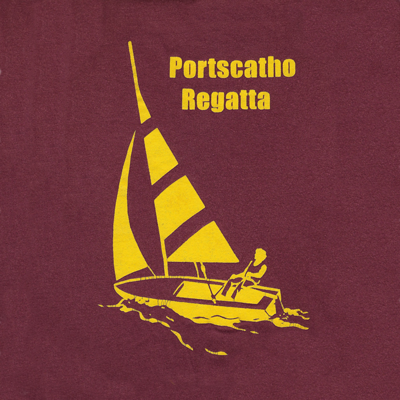 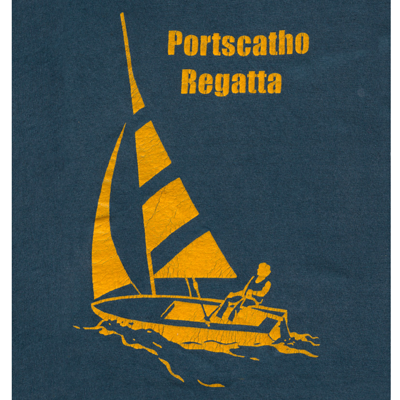 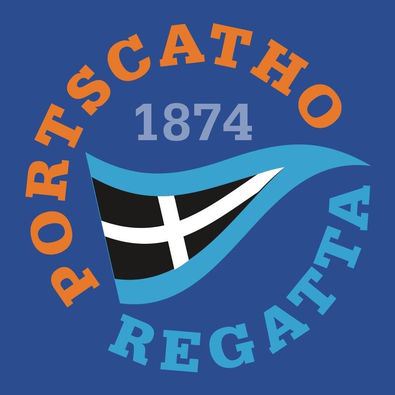 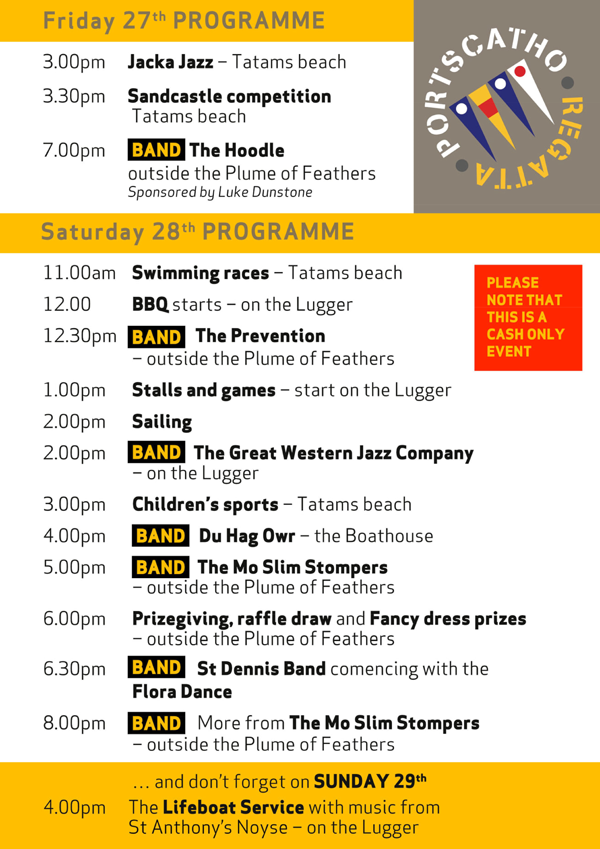 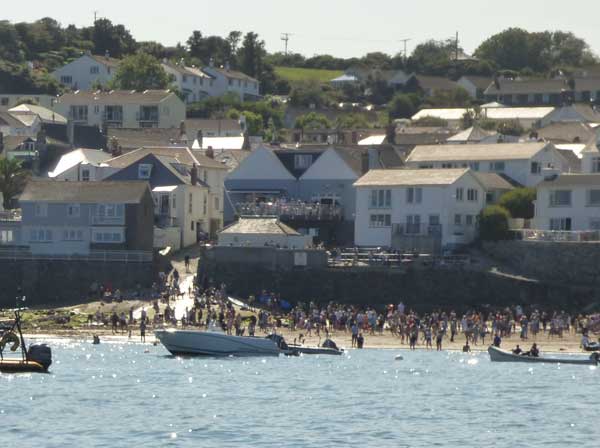 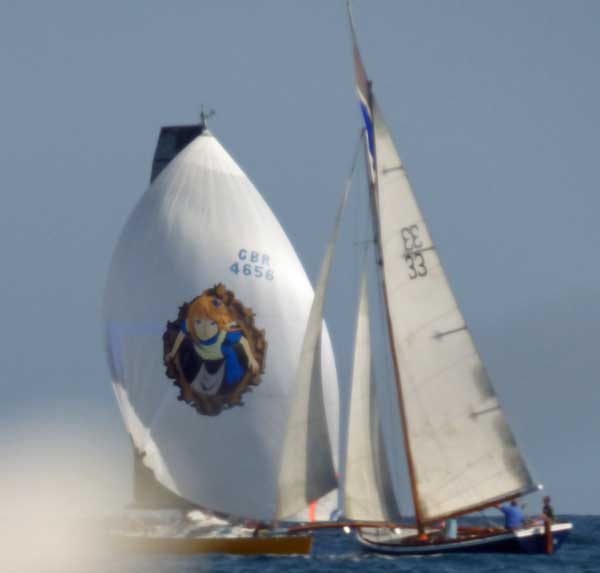